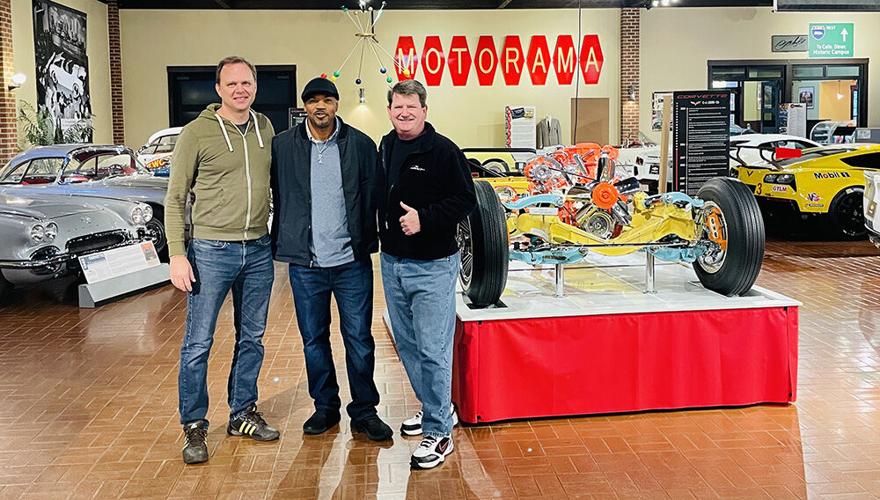 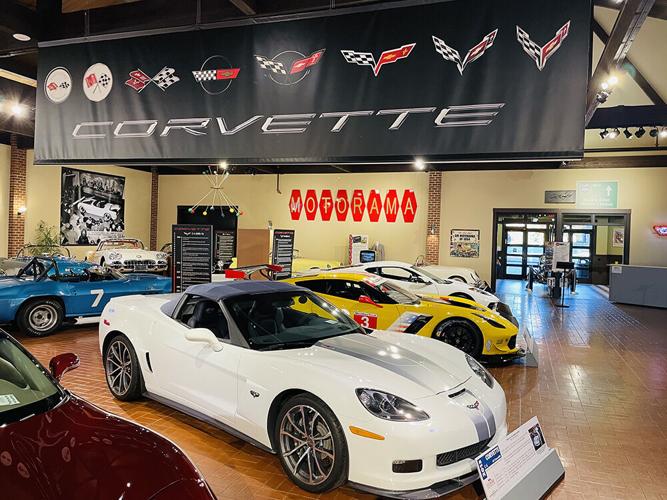 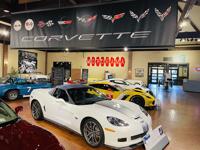 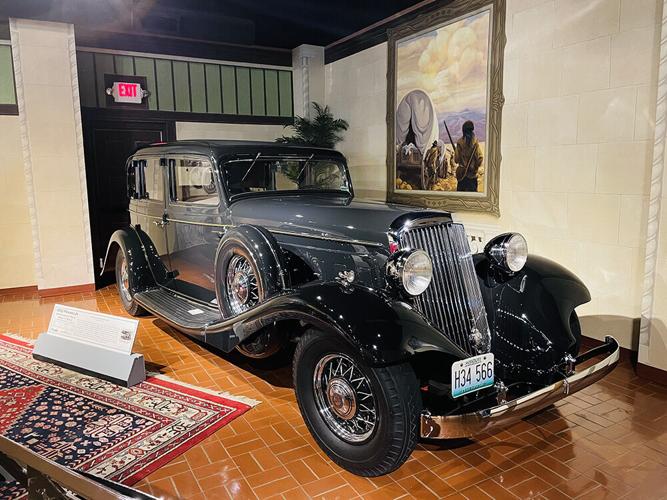 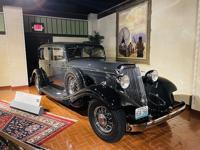 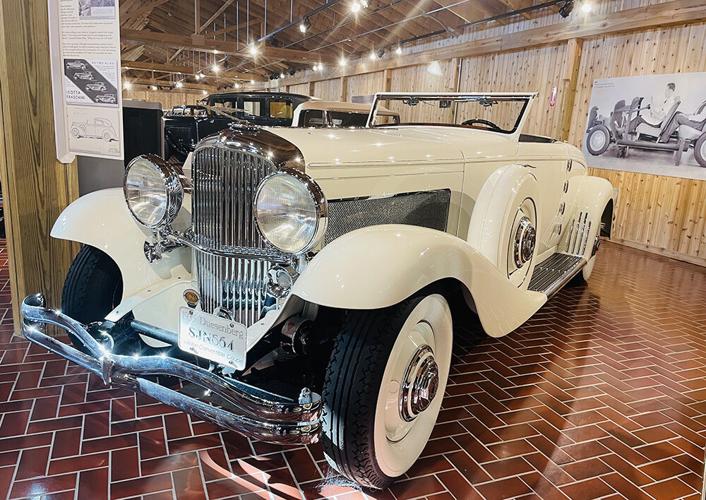 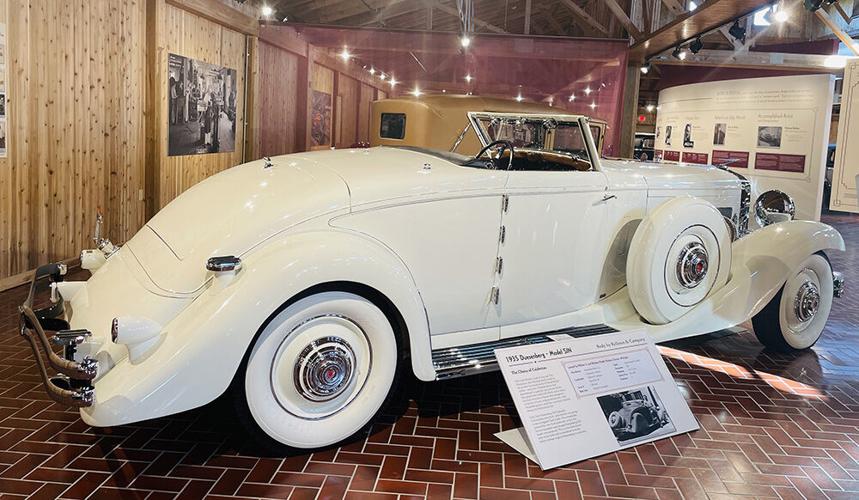 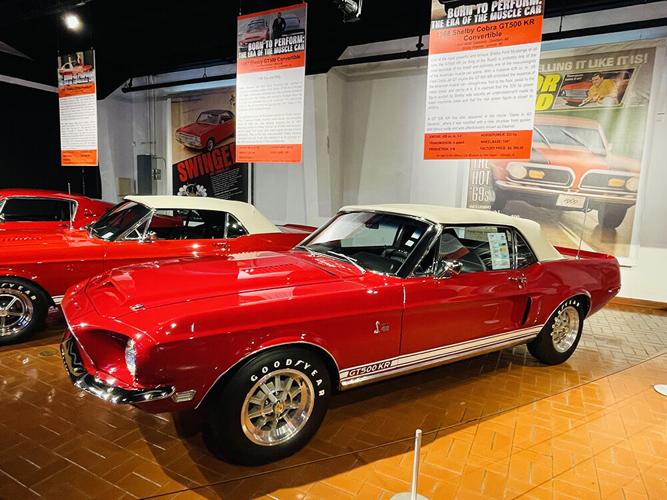 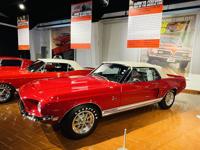 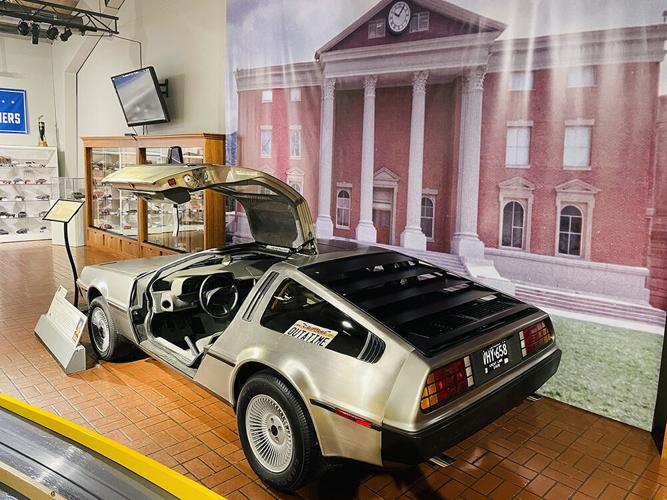 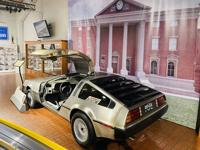 Nostalgic dreams culminated into a memorable fall day at the fascinating Gilmore Car Museum where I experienced multiple generations of mobility beginning with the first-ever production automobile from the mind of Karl Benz, dubbed the Benz Motorwagen. Located in the rural lands of Hickory Corners, MI (two hours from Detroit), the timeless museum features specific installations from Lincoln, Cadillac, Franklin, and a Corvette display (complete with Motorama signage) to name a few.

The Gilmore Car Museum, the largest auto museum in North America, is surrounded by twisty ro…

A day trip to the Gilmore Car Museum should undoubtedly be on the bucket list of any enthusiast searching for deeper context and knowledge on the origination and advancement of the industry. The hidden national treasure is North America's largest auto museum featuring 400 display vehicles and over 190,000 square feet of exhibit space, all of which sit on a 90-acre Historic Campus. The beautiful autumn Saturday was perfect for roaming the property with auto colleagues Vince Bodiford and Steve Janisse while reveling the restored and fully-operable 1941 Silk City Diner, the recreated 1930s Shell Station, and the six other onsite partner exhibition halls. Quite naturally, the Gilmore Car Museum’s mission is to tell the history of America through the automobile. Its founder, Donald S. Gilmore, would be proud of his foundation's accomplishments in bringing aficionados together through shared values, camaraderie, and classic collections.

No matter what eras represent your passion, there will be more than a few renowned vehicles to set your heart on. Hey, you actually may have owned a few specimens like our publisher Vince Bodiford who was absolutely in awe. I specifically had my eye on the 1968 Shelby Cobra GT500 KR Convertible, which highlighted the "Born to Perform” muscle car era. Representing one of the most powerful and famous of all the Shelby Ford Mustangs, the GT500 KR (like my initials) signified King of the Road and was powered by a massive Ford Cobra Jet GT 428 cu. in. V8 engine pushing 335-horsepower. In the modern-day cult classic “Gone In 60 Seconds" you also witnessed this beauty known as Eleanor.”

Here are a few other relevant models we honed in on whether for style, performance, historical reference, or uniqueness:

• 1955 Corvette C-1 Bubble Top Roadster – This Corvette royalty was one of only 700 produced, one of 120 styled in Harvest Gold with a yellow interior and dark green soft top, and one of only 25 made with a “bubble top.”

• 1959 Chevrolet Corvette Big Brake Fuelie – Regular Production Option (RPO) 684 was GM's standard coding for a performance option that included unique front and rear springs and shocks, a particular front stabilizer bar, a quick steering adapter, large finned brake drums, and metallic brake linings. The combination was typically utilized for racing, and it is rare to find an example with its original engine and a pristine, never damaged body.

• 1970 Dodge Super Bee – Based on the Dodge Coronet 2-door coupe, the "Super Bee" name's origin is in the "B” Body designation pertinent to Chrysler’s mid-sized cars, including the Road Runner and Charger.

• 1969 Dodge Charger Daytona – The Daytona was purpose-built to be competitive on NASCAR super speedways. It debuted at the inaugural Talladega 500 on September 14, 1969 and won the race. It later became the first production car to surpass the 200 mph mark. The Daytona, along with its 1970 Plymouth Superbird cousin, went on to win 38 of 48 Grand National Races during the 1969-70 seasons.

• 1982 DeLorean DMC-12 – A brainchild of automotive maverick John DeLorean, the former GM engineer who created the Pontiac GTO in 1981, the futuristic and exotic gull-winged DMC-12 is most recognized for its role as Doc Brown's Time Machine in the "Back to the Future" trilogy with Michael J. Fox.

• 1935 Duesenberg SJN Cabriolet Convertible – The choice of celebrities, Duesenberg had a small but very loyal clientele among the Hollywood elite, such as movie legend Clark Gable. This remarkable automobile is the only factory-equipped supercharged Duesenberg SJN model ever produced.

• 1980 Comuta-Car – Often referred to as a “Cheese Wedge,” the Comuta was America’s best-selling electric passenger vehicle until the Tesla Model S was introduced in 2012. The tiny auto was introduced in response to the early 1970s oil embargo, where the OPEC countries stopped selling oil to the United States, and gas prices more than quadrupled.

• 1952 Triumph TR5 Trophy – This is one of the actual motorcycles ridden by The Fonz, portrayed by actor Henry Winkler on "Happy Days." Early in the series, the production crew switched from Harleys to the much lighter Triumph due to Winkler’s lack of riding skills.

For more information, and to plan your weekend drive, please visit www.GilmoreCarMuseum.org.