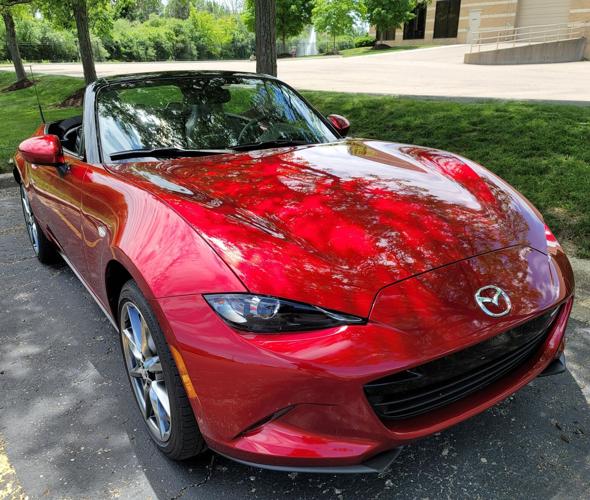 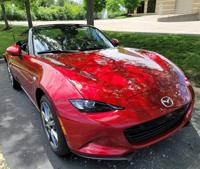 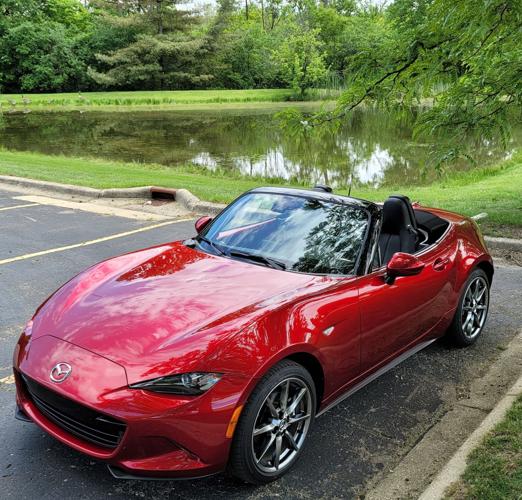 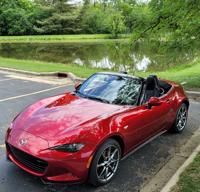 The attractive and popular Mazda Miata MX-5 has become an iconic fixture of the Mazda brand. 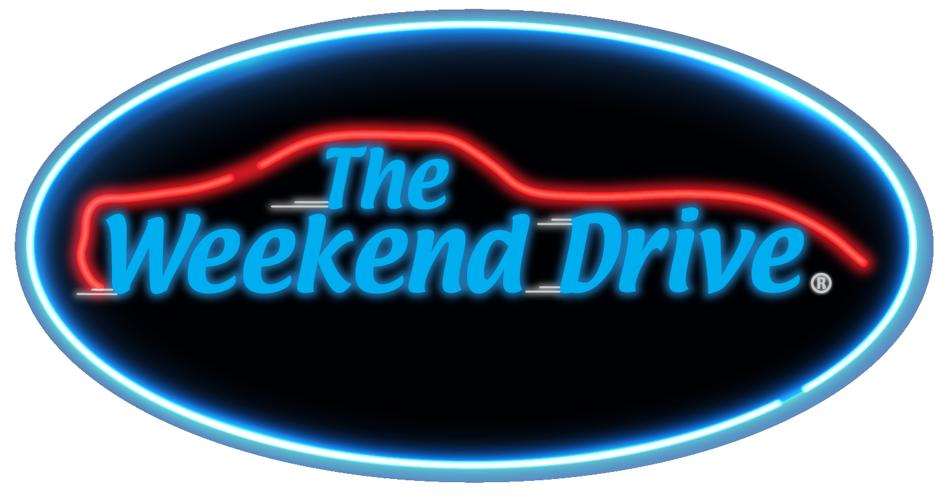 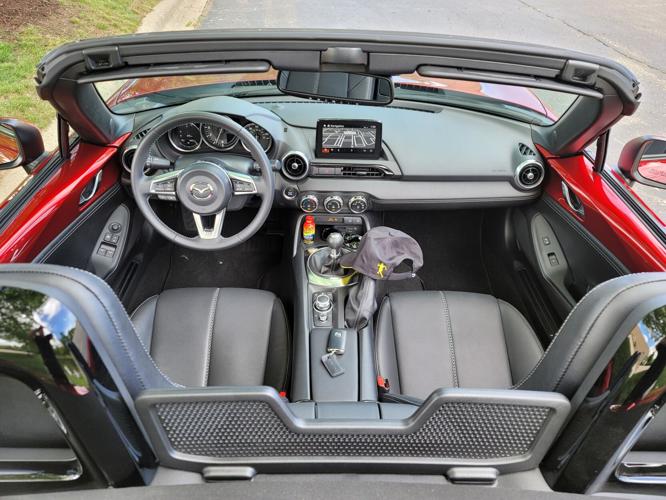 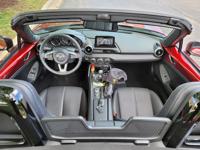 The interior of the Mazda Miata MX-5 is worn like a leather glove - it's functional, fun, and roomy for its size. 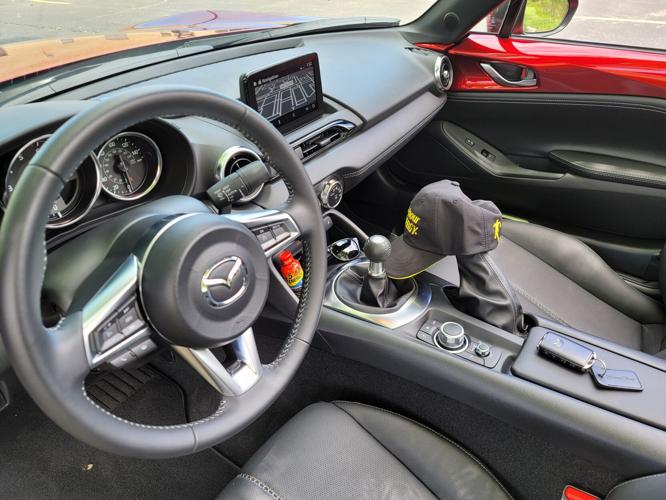 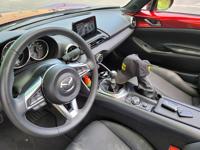 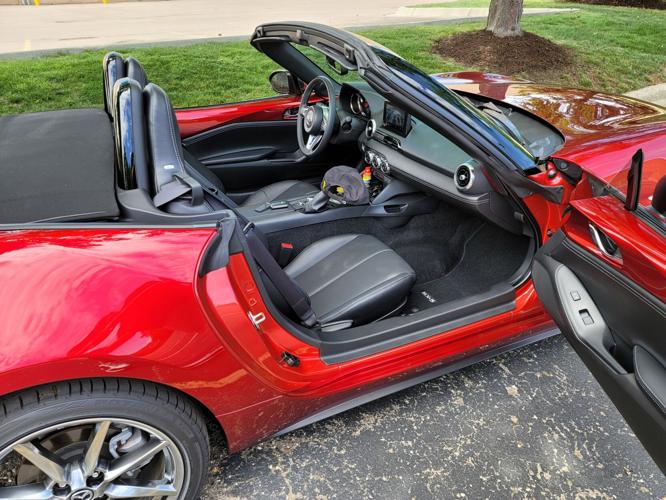 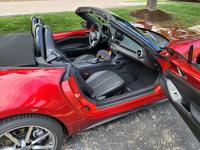 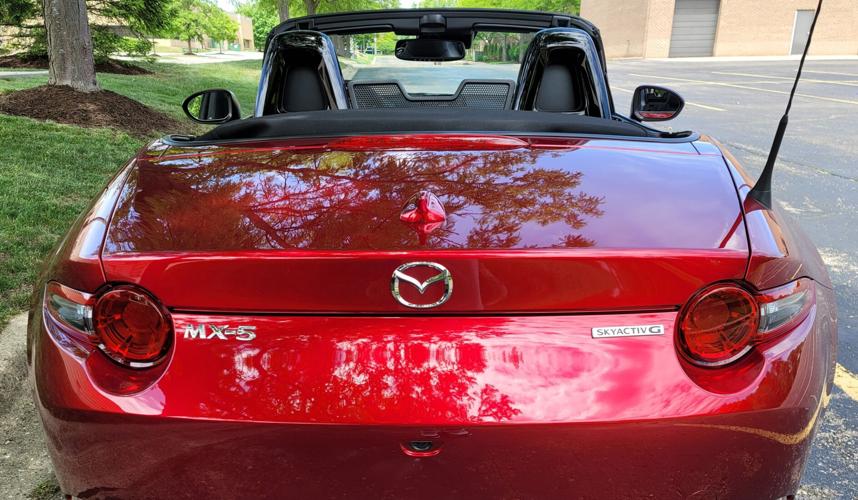 2022 Mazda Miata still a fun convertible after all these years

Mazda may have ditched the advertising slogan of “Zoom Zoom”, but it still applies to the MX-5, better known as the Miata. Being driver-focused is the name of the game for the Miata, and as a convertible, it’s so well-suited, especially for those of us who are on the tall side.

The combination of small size, open-top, and cute styling is a rare formula - executed best by cars like the Fiat 124-Spyder and legendary Alfa Romeo Sport-Spiders, to which the Miata can likely trace most of its genesis and DNA.

For 2022, Mazda adds something new they call Kinematic Posture Control (KPC). “With every generation and every model year, Mazda is continuously improving the MX-5 Miata to further deepen the sense of connection between the driver and the car. KPC is the next step in that constant evolution, offering an improvement in high-g cornering precision and confident.”

KPC is the most significant update to the 2022 model year. Mazda explains KPC further: “KPC is an all-new technology developed by Mazda that manages different vehicle system to help the MX-Miata behave as a harmonious extension of the driver’s body without adding a single gram of weight.”

What this essentially translates to is that it reduces body roll when taking tight corners which exponentially increases how much fun the Miata is. And prior to this, the slow-slung Miata already drove like a go-kart, but now thanks to this new technology it stays even more planted to the ground. As such, the Miata is one of the most agile vehicles on the road.

The 2.0-liter four-cylinder engine produces 181 horsepower and 151 pound-feet of torque. Those numbers seem pedestrian, but when you take into the Miata weighs around 2,400 pounds, those numbers are more impressive as the lightweight car slings around the road joyfully.

Aesthetically there’s a new exterior paint color called Platinum Quartz Metallic and an impressive new interior color for the Grand Touring trim called Terracotta Nappa. The orange hue adds vibrance to the usual black interior, and with the top down it really pops out further.

Inside, the roadster is sparse with space being at a premium. For bigger people, headroom can be an issue and even shoulder room can be a challenge for the driver.

As I was driving, I found my elbow would interfere with the infotainment knob and set up and this only showcased how minimal the cabin is. But that’s also to be expected for a roadster like the Miata.

Speaking of the infotainment system, there is a touchscreen but it only responds while the car is not moving, otherwise you have to use a less-than-intuitive knob on the center console (the same one my arm kept bumping).

The 7-inch touchscreen does integrate with all smartphones through Apple CarPlay and Android Auto and also has two USB ports. While the Terracotta Nappa interior is eye catching, the rest of the touchpoints remain basic.

Additionally, the low profile of the Miata makes it challenging to get in and out of the car, but again that’s pretty standard for a roadster. And it’s the price you pay to drive something as fun as the Miata.

In the trunk there’s just enough room for a briefcase or maybe a very small golf bag as the cargo volume is a mere 4.5 cubic feet. Additional storage room is at a premium anywhere in the Miata, so travel lightly when driving this convertible.

Starting price for the base trim Sport with the soft-top is $27,300. The price jumps all the way to $32,300 for the top-of-the-line Grand Touring trim with the convertible or $35,000 as the retractable fastback (RF). The Terracotta Nappa leather comes at a $300 add on and there are four premium exterior paint colors too.

The rear-wheel Miata is rated at 26 mpg/city and 34 mpg/highway with the manual transmission and 26/35 with the automatic transmission.

Mazda’s engineers have really embraced the roadster performance of the Miata through the years. And with each model year, this fun little convertible continues to give enthusiasts exactly what they want.